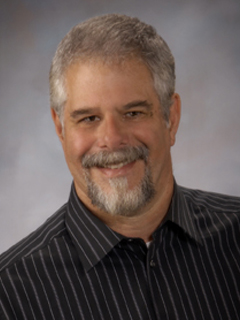 Jim Weis passed away unexpectedly on Monday, October 28th, 2019 at the age of 69. He is survived by his wife Michelle (who passed in 2020), his three sons: Clint, Tyler, and Drake, his twin brother Steve (Diane), and numerous nieces, nephews and cousins. He was preceded in death by his parents, Bernard “Buzz” and Dervie Weis.

Jim was born and raised in Petaluma and attended St. Vincent de Paul High School where he graduated with the Class of 1968. One of Jim’s biggest passions in life was music. He picked up his first guitar at age 15, and at 16 started his first band with his brother Steve. He went on to play music his entire life with countless bands and even toured parts of the U.S. and Canada. He played music until the very end. Most recently he played with his bands “The Mixed Nuts,” “The Realtor Band,” and “The Buzz,” which was an acoustic trio he played in along with his brother for the past three years. Family and music meant everything to Jim.

In 1989, Jim transitioned from being a full-time musician to becoming a full-time real estate agent, spending over 30 years with Century 21 Bundesen. “The Bundos” (Bundesen) were truly an extension of his immediate family.

He was passionately involved with many activities as his sons grew up, including coaching their Little League teams and serving as a leader in their 4-H club. If his boys were a part of something, then so was Jim. He was involved with Golden Hills 4-H Club where he served as the archery leader and he and his family graciously hosted the archery club’s practice on their property for years to prepare club members for competition. Jim and his family went on countless memorable camping trips with the other families in the club.

He served as a board member at Wilson Elementary School for seven years while all three boys attended. Jim enjoyed shooting pool with his family and shot in local pool leagues for over 40 years.

Jim’s life may have been cut short, but he lived every minute of it his way, full of love and laughter, surrounded by friends and family on their country property in West Petaluma. It was rare to see Jim not having a good time. He could meet someone for the first time and by the end of the night you would have thought they had been friends for years. Jim had a distinct laugh that would light up a room and it will never be forgotten.